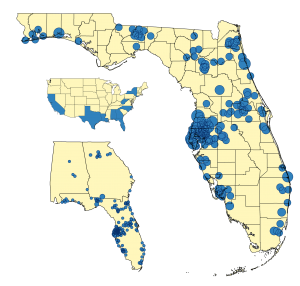 The Southeastern Geological Society (SEGS), founded in 1944, is a federally registered non-profit headquartered in Florida. Our mission is to advance geosciences knowledge of our members and communities by encouraging professional and social relationships, and providing field trips and meetings with interactive technical presentations. We host 2-4 field trips annually. We also administer an annual grants program for undergraduate and graduate students researching Southeastern U.S. geology at accredited institutions in Florida, Georgia, or Alabama. Meet the current officers.

SEGS was founded in 1944. At that time, the SEGS was truly a southeastern society since membership extended to cover Alabama, Georgia and Florida. However, since the early 1970s, the SEGS membership has been derived mainly from Florida. Today, about 15% of its members reside outside of Florida. 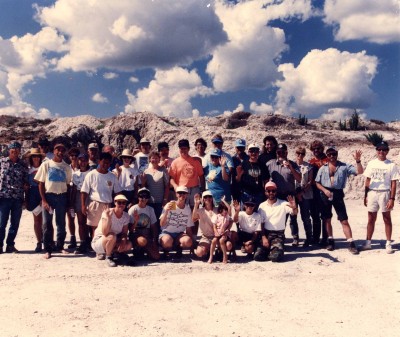 SEGS became affiliated with the American Association of Petroleum Geologists (AAPG) in 1944. The Gulf Coast Association of Geological Societies (GCAGS) accepted the SEGS as a member in 1954. Although there is only limited historical data on the SEGS and its early activities, a nearly complete listing of officers from 1944 to the present has been compiled. Reading through this listing reveals the names of many of the widely recognized geologists in the southeast. During the first 20 years of the SEGS, this list included Herman Gunter, Paul Applin, Eleanor Caldwell, Robert Vernon, Milton Hruby, Louise Jordan, James Calver, Nevin Hoy, B.F. Buie, Harbans Puri, Don Gorsline, William Revees, H. Grant Goodell, H. K. Brooks, Joesph Banks, E.C. Pirkle, Howard Cramer, and Steve Windham. The list of officers from 1964 to the present includes many geologists still very active in the geologic profession in the southeastern United States. Although the number of original SEGS members is not known, the membership reached a maximum of nearly 300 in the late 1970s. The current membership is about 160 including those from the mining industry, academia, environmental and geological consulting, water resource professionals and government geological surveys.

Through its history, the SEGS has organized and conducted numerous field trips. Most of the field trips have published guidebooks, while others simply had handouts. Visited localities have included active mining operations such as phosphate, limestone, shell and heavy minerals as well as springs, rivers, sinkholes, beach and coastal areas, caves and carbonate reefs. SEGS maintains its own publication series of field trip guidebooks (see our publications page). 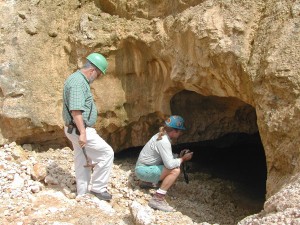 The SEGS continues its tradition of providing Florida’s geological community with a place to meet other geologists, discuss projects and research, listen to technical papers and enjoy geological excursions. Dinner meetings are held throughout the state and one or more field trips are offered each year. 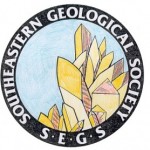 The SEGS logo design was born in the early 1980’s with incoming Society President Tom Scott of the Florida Geological Survey. When Tom realized the Society didn’t have a moniker, he and Paulette Bond, also of the FGS, modeled the logo using one of Tom’s calcite mineral specimens and Paulette for the now-familar SEGS logo. Paulette’s artistic creation has since been digitally transformed for 21st century media applications by artist and website designer, Anna Janosik.

The Constitution and Bylaws of the Southeastern Geological Society was last amended September 2014. The most current version is available in PDF format below.

“To advance geosciences knowledge of our members and communities by encouraging professional and social relationships, and providing field trips and meetings with interactive technical presentations.”